Alleged Cronyism At USAGM Before Michael Pack Exposed By Whistleblower

A female surfing the web anonymously

A whistleblower made allegations of widespread cronyism at the U.S. Agency for Global Media (USAGM) under former Obama administration holdover appointees before the arrival this summer of Trump-appointed new USAGM CEO Michael Pack.

The whistleblower’s letter was first seen by USAGM Watch in November 2018 and is believed to have been shared with the Office of Inspector General (OIG) and other U.S. government officials .

The whistleblower wrote in part that “USAGM has nowadays the highest number of advisors, consultants and contractors.”

The letter mentioned names and organizations within the agency for which these consultants and contractors were working: a person from Food Network at Radio Free Europe/radio Liberty (RFE/RL); former Al Jazeera, Nieman, Pro-Publica, Oregonian, and Bloomberg employees at the Voice of America (VOA) in addition to two more former Al Jazeera employees also at VOA.

The whistleblower wrote to USAGM – BBG Watch that “at least 10 senior advisors and consultants were employed at the end of 2018 at the Office of Policy and Research” but did not indicate how many of them were full-time federal employees and how many may have been federal contractors.

A key senior strategic advisor to former Obama administration CEO John Lansing, who is now in charge of National Public Radio (NPR) following his resignation from the agency toward the end of 2019, was arrested and convicted in a federal court of stealing money from USAGM while working for Lansing. Lansing indicated that he had absolutely no idea of his top aide’s criminal activity until it was brought to his attention. According to USAGM employees, before his firing for fraud, Dr. Haroon Ullah, who was recruited by Lansing, later helped to bring to the agency a few of his former work associates as either federal employees or contractors.

The whistleblower made the cronyism allegation in November 2018. “As both the mainstream media and the State Department downsized drastically, colleagues and peers from CEO John Lansing, [VOA] Director Amanda Bennett and Deputy Director Sandy Sugawara’s previous lives are picking up more work at the USAGM,” the whistleblower’s letter said. After 2016, Lansing, Bennett and Sugawara would not answer any e-mails or inquires from BBG – USAGM Watch.

The whistleblower has asked in the November 2018 letter about advisors, consultants and contractors at USAGM and its media entities: “How many more are they?” What are their duties?” “…how much do they cost? “What USAGM jobs are cut to hire those [individuals]?”

Amanda Bennett and Sandy Sugawara resigned shortly before Trump-appointed CEO Michael Pack took over the management of the agency earlier this summer.

Pack has been widely criticized in liberal media for a mass firing of key executives at the non-federal elements of the agency, such as Radio Free Asia (RFA) and Radio Free Europe/Radio Liberty which are taxpayer-funded and managed by USAGM, and for reassigning some of the longtime managers at USAGM and VOA, both taxpayer-funded federal entities.

Pack also has been strongly criticized for either already hiring or planning to hire conservative managers and journalists.

The number of new hires under Pack at USAGM and VOA has been so far limited only to a few individuals. The USAGM CEO cannot dismiss career federal employees, but Pack has reassigned a few longtime managers, for which he also has been criticized by liberal media.

Pack, however, picked Dr. Elez Biberaj, who has made public on social media his links to Democratic Party politicians, as acting Voice of America director until a permanent director is recruited.

Biberaj seems to have agreed with Pack recently that some of VOA’s news coverage has been biased against conservatives, and in one case of the VOA Urdu Service Joe Biden campaign ad, Biberaj told Voice of America journalists that it was partisan and in violation of the VOA Charter, which is U.S. law. He urged VOA journalists to make sure their reporting is accurate, balanced and comprehensive.

Pack has been praised by conservative media and by conservative think tanks for carrying out what critics of the previous Obama era leadership say are urgently needed management and security reforms. 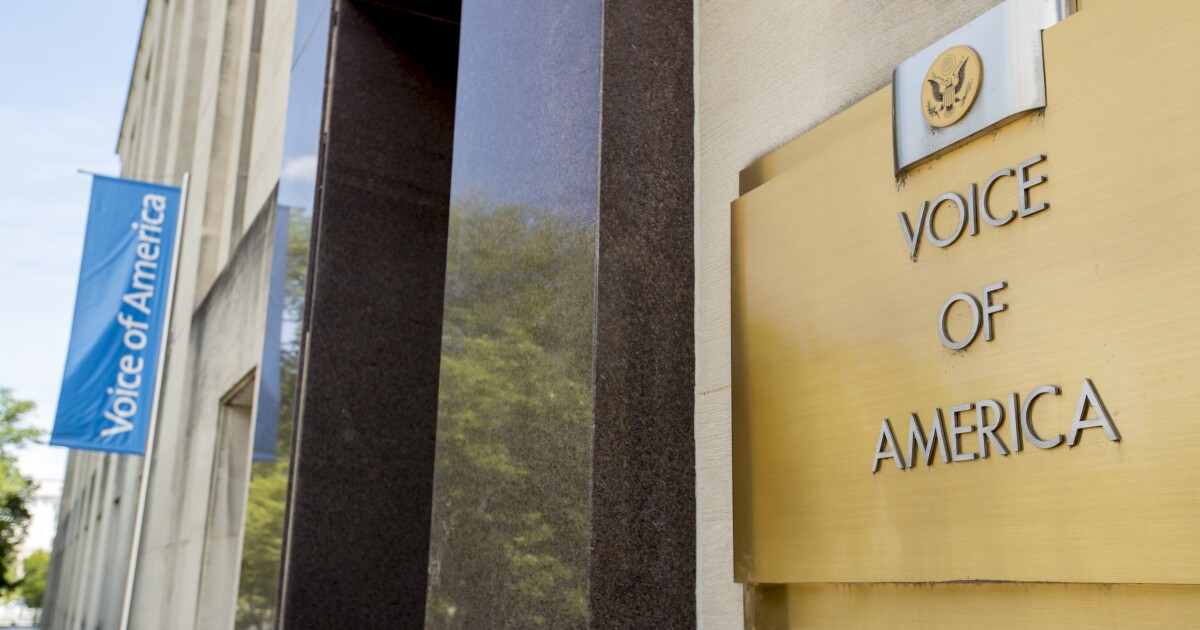 Op-Ed: Trump has pulled out of the global battle for hearts and minds
In stripping Voice of America and other broadcasts of their independence, the Trump administration is undermining a powerful tool of diplomacy.