During the German-Nazi occupation of Poland, Zofia Korbońska was a member of the underground Polish Home Army (Armia Krajowa – AK) and participated in the 1944 Warsaw Uprising against the Germans. She risked her life writing and coding secret radio messages which were sent to London and used by a Polish radio station Świt broadcasting from Great Britain by shortwave to occupied Poland. Soon after the war, she and her husband–anti-Nazi resistance leader and Agrarian Party politician Stefan Korboński– were arrested in Kraków, Poland by the Soviet NKVD secret police. Following interrogations and their release and a warning of another arrest, they fled to the United States, where in 1948 Korbońska was hired by the Voice of America (VOA) on the recommendation of former U.S. Ambassador to Poland Arthur Bliss Lane.

Pani Zofia and other refugees from communism replaced some of the pro-Soviet World War II Voice of America Polish Service journalists who after the war went back to Poland to work as propagandists for the communist regime in Warsaw. These early VOA Polish Service Moscow sympathizers, including Stefan Arski (Artur Salman) and Mira Złotowska Michałowska, were friends of the VOA English newsroom chief writer and editor Howard Fast who after leaving his U.S. government job in 1944 officially joined the Communist Party and in 1953 received the Stalin Peace Prize.

It was Zofia Korbońska and other post-war refugee journalists recruited shortly after the war who gave the Voice of America its reputation for honest journalism although even they encountered various difficulties from timid management and some of the left-leaning VOA English newsroom editors.

As a Polish Service news editor she would reproach Voice of America executives in her usual dignified manner for censoring outspoken critics of communism, including Russian dissident writer Alexandr Solzhenitsyn, and she would not hesitate to call the VOA English newsroom whenever she saw failures to spot false Soviet and other communist propaganda claims, especially those relating to history. She and I sat opposite of each other in the Voice of America Polish Service for many years. She was my mentor and friend. Stefan Korboński was my daughter’s godfather. They helped me understand the value of freedom and the importance of defending the truth in history and journalism.

LIPIEN: Remembering a Polish-American patriot
To those who knew her personally, Zofia Korbonska was a loyal and generous friend. But Mrs. Korbonska, who passed away last week in Washington at theage of 95, was also a heroic figure of the anti-Nazi and anti-Communist resistance movement in Poland between 1939 and 1947. In later years, driven fro…

After working for the VOA Polish Service for more than three decades, Pani Zofia retired in 1980 but continued to write and record programs as a freelancer during the Solidarity trade union’s peaceful struggle for human rights and independence in the 1980s. In her retirement, she received one of the most prestigious Polish government awards for her contribution to freeing Poland from communism and Soviet domination. Polish President Lech Kaczyński personally gave her the medal at her apartment in Washington as she was no longer able to leave her home due to illness. She died in Washington, D.C. on August 16, 2010. Dr. Zbigniew Brzezinski, National Security Advisor to President Jimmy Carter, delivered a eulogy at her funeral, in which he stated, “Zofia Korbońska – heroically brave in battle, prudent in political exile – was an example of what a dedicated and successful service in a great cause entails.”

Zofia Korbońska never wavered in her resistance to dictatorship, appeasement, fellow-traveling or revisionist history. She admired President John F. Kennedy and President Ronald Reagan for their principled stands against Soviet expansionism. She described to me her political philosophy as being uncompromisingly supportive of full democracy and free media. She was a true liberal in her opposition to all forms of political oppression and prejudice, both on the left and on the right, but she identified the main threat to democracy as coming largely from post-communists in the former Soviet Block and from mostly well-meaning but naive and poorly educated left-leaning Western elites. She nevertheless believed in America despite all its faults, but she would have been horrified seeing how a new generation of VOA editors and reporters without much knowledge of history started to glorify communist figures such as Angela Davis and Che Guevara during the last few years. Had she been still working for the Voice of America, she would have had a conversation about it with the VOA director. She did not suffer fools gladly. Having escaped arrests, torture and murder by Nazi Gestapo and long imprisonment or possible execution by the Soviet or Polish communist secret police, she would probably be bemused if not also annoyed by the latest VOA English newsroom’s ahistorical attempt to link her life and death struggle for freedom with the debate over the current status of media in democratic Poland.

On the tenth anniversary of her death, Zofia Korbońska was honored in a press release for the first time by the U.S. federal agency which employed her during the Cold War. The U.S. Agency for Global Media (USAGM)—the successor to the Broadcasting Board of Governors (BBG), the United States Information Agency (USIA), the U.S. State Department Broadcasting Division and the Office of War Information (OWI) which was the original parent agency for the Voice of America during World War II—gives the correct year of her birth in Warsaw (1912). Her official biographies show 1915, but during the German occupation of Poland she changed her birthday to confuse the Gestapo. 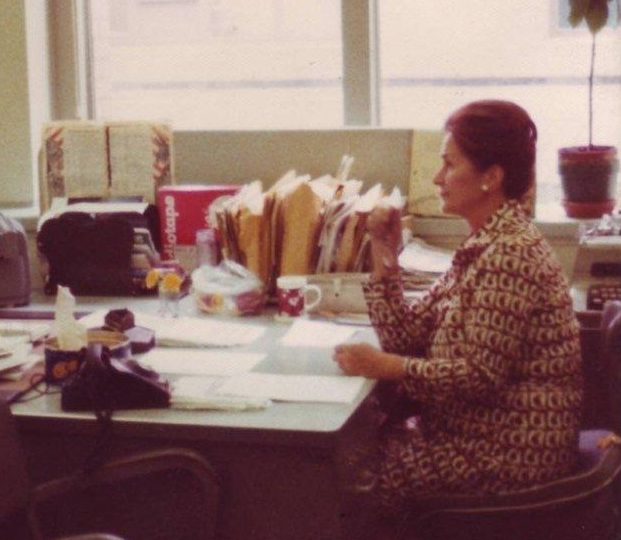 USAGM honors VOA Polish broadcaster Zofia Korbońska
Today marks the 10th anniversary of the passing of Zofia Korbońska, a member of the anti-Nazi resistance movement who later immigrated to the United States as a political refugee from Soviet Communism and long served the Voice of America (VOA) Polish service.

The 10 anniversary of Zofia Korbońska’s death was also noted in a Facebook post by the Polish Embassy in Washington.